Stage Manager for U: The Comedy of Global Warming 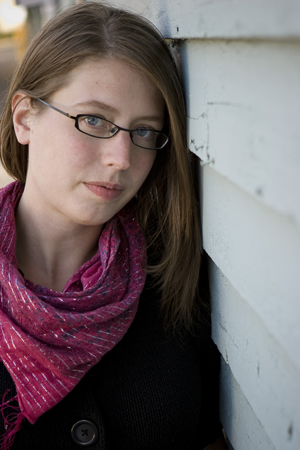 This fall you can catch Anna backstage at The Drowsy Chaperone at the Citadel Theatre.  Later, she’ll be stage managing The Seed Savers for Workshop West.  Elsewhere she’s stage managed The Rubaboo Performance Gala for Workshop West, Palace of the End for Theatre Network, the wild, independent spectacular Wilkommen in Spreepark for Mischief and Mayhem, Le Cadeau d’Einstein, Fort Mac, and La Caravane for L’Unithéâtre, and The Coming of Kings for Theatre Prospero. Her apprenticeship credits include The Wizard of Oz, Julius Caesar, and The December Man at the Citadel, and Carmen at the Edmonton Opera. Anna is a graduate of the MacEwan Theatre Production Program and loves to play frisbee in the summer!