Title of This Article

Prompted by the closure of the Vancouver Playhouse, Jacob Zimmer recently asked whether theatre companies might have a natural life cycle in his excellent and insightful blog entry at the Small Wooden Shoe website, Questioning the everlasting nature.  In the article he takes a paragraph to carefully review the introduction of the term ecology to the lexicon of current theatre discourse.  While admitting its usefulness, I have some cautionary thoughts about the word, informed in part by a past career in environmental science.  Maybe I’m making a mountain of a molehill, but because it resonates on more than one level, I think we should be aware of how we’re using it and how, in this chilly climate for the arts, the metaphor can come back at us in unexpected and unwelcome ways.

It’s only a hunch, but I suspect the word has come to us via the world of business management from the branch of sociology known as human ecology.  As Jacob points out, it reframes a theatre community as a complex system of interactions between stakeholders.  The advantage of this is that the more we understand how all those interactions work, the more we’ll be able to get more funding, bring in larger audiences, or find the right people with whom to create new work.  I won’t argue against this.  I do think it’s a potentially useful way of talking about the theatre landscape, to use another metaphor.

I also think we need to recognize that, when employed in this sense, the word ecology carries a neutral weight, and that anything that involves interaction – from the health care system to the Twilight Fan Club – can be viewed as one.  The theatre ecology in Canada is different from that which exists in Europe; conceiving of each as merely an ecology just makes it easier for people to think of them as independent facts of life rather than models that might be compared on the basis of merit.  I’m not saying we’re unaware of distinctions like this when we use the word, only suggesting that if we get too used to describing ourselves as an ecology we may be inviting a mindset that makes us vulnerable to those who’d like to argue that theatre is irrelevant.  If the ecology that sustained the Vancouver Playhouse before the Olympics doesn’t sustain it today, it’s very easy for people to think, “Well, that’s the ecology now.  If the current ecology can’t sustain the Playhouse, tough luck for them: you can’t argue with the ecology.”  I don’t think that line of reasoning is intelligent or valid, mind you, but it would be nice not to have to waste time refuting it.

We do also need to be savvy about how we use the word ecology when arguing for change to the status quo.  For one thing, there’s the extra step required to distinguish and explain that, just as in environmental studies where we understand an ecology can be healthy or damaged, so too might theatre ecologies be healthy or in a state of deterioration.  For another, you may have noticed that I’ve just shifted the sense of our metaphor from a human ecology meaning to a natural ecology one (and conflated it with the term ecosystem).  People are going to do this because the natural ecology sense of the word is the one with which most of us are familiar.  Nothing’s wrong about that, as long as when we make this shift in signification we’re aware that we’re actually doing it: changing the meaning of the word ecology from its originally intended use in our discourse.  In the process, we’re also de-neutralizing it with a green, environmental charge.  And we might ask ourselves if the reason why we’re doing it isn’t because we’re now wielding it as a rhetorical metaphor rather than employing it as an analytical model.  If we’re comparing our theatre community to a healthy, natural ecosystem, we’re probably aiming to win an argument because we suppose it understood that Green is Good.

This rhetorical overhaul of the metaphor can be used against us too.  Jacob is rightly careful to make it clear that when he references the beneficial role that forest fires play in forest ecosystems as an analogy for the natural life cycle of a theatre he is in no way proposing any parallel to the Playhouse closure.  However, it’s easy to imagine others doing it.  From a certain point of view they may be right.  But even if Vancouver would be better served if funds that once supported the Playhouse were recycled and redirected toward emerging or existing companies that are exploring less traditional forms of theatrical expression – modes of theatre that might better suit the Vancouver ecology – something still wouldn’t be quite right about using that particular analogy.  The beneficial forest fire theory assumes a healthy ecosystem to start with, and the ecology of the theatre scene in Vancouver has arguably been under stress.  As long as we’re playing with the word in its Green is Good sense, I’d argue the squeezing off of the cash flow that sustains a theatre the size of the Playhouse is far more analogous to drought conditions suffocating fish populations, or melting sea ice causing polar bears to drown or starve to death.

Say we do succeed in being rigorous and accurate in employing the natural ecology metaphor in debate and manage to convince some people that a healthy theatre ecology is good in the same way that Green is Good.   We mustn’t stop there, because that begs the real question: what the hell is a healthy theatre ecology?  If we’re using the Green is Good metaphor it’s seductive to buy into the notion that there is some natural, robust steady state at which a theatre community should exist in society.  But there isn’t such a thing.  Through the centuries we find the theatre in a range of conditions: at one end there are the Dark Ages and Cromwell; at the other, the Greek Golden Age, the Elizabethan stage and parts of Europe in parts of the twentieth century.  We in the profession like to think of the latter as the lusty days, but again: How healthy is healthy really? What’s healthy to us isn’t going to be healthy to the person who objects to paying for that welfare with their tax dollars.

In an important way the word in its green sense can be counterproductive because it implies the reverse of the truth about our situation: in natural ecology, human interference tends to be regarded as negative because it degrades what’s perceived to be a given, natural ecological order.  We humans break nature’s rules at our peril – rules that are, moreover, not of our making.  In discussing the place of the arts in the world, I believe human interference is exactly what we need more of, in the sense of strong advocacy for policies that support art, that create the ecology, if you will, that we want to have.  In the sociological realm it’s we who get to – and must – make the rules, and all the more forcefully as there aren’t any written in stone.

We have to argue for theatre’s existence as theatre – as art – and not as some cog in a system of sociological interactions or significant slice of an economic pie.  In this sense I agree with Matthew Jocelyn’s Toronto Star article blaming everyone in the country for the Playhouse closure, including us in the theatre profession: I don’t think we – or I at least – have argued hard enough for art.

I don’t have any winning theories to propose just yet, but I will pass on a hint I got from studying to be an environmentalist.  One ecologist wrote a book in which he ran through all the potential arguments for saving the environment – the economic, the aesthetic, the moral – you name it.  He came to the conclusion that they were all essentially flawed, and that the only argument for the environment that really mattered in the end was that he himself cared about it.  I do think there’s something wise in that.   It’s important to hold on to – and to communicate to others – how much we care for our art; to take heart and not allow ourselves to be overcome by discouragement.

The more we remember that we artists live on this planet too, the more we make art we care deeply about and which in turn convinces other people to care for it; the more we and they argue for art with passionate intelligence – not settling for trite or lazy half-arguments that don’t stick; the more we do all this, then maybe we’ll make some headway in winning theatre a solid place in this society.   Because even if in the end how much we care about our theatre is not really our only argument, it’ll be the potent force that carries us through the debate. 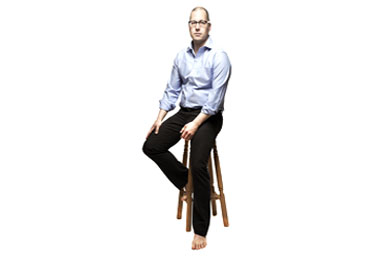