Want to know more about climate change science, politics and policy? This page lists and points the way to books, articles, reports, videos and websites on those topics and more.   Some of them were research sources for U: The Comedy of Global Warming, but there’s much more out there than we were able to take in and we do our best to include as much of that information as we can as well.

If it’s material that was read or watched as research for U: The Comedy of Global Warming, it’ll be marked with a “(U:)“. 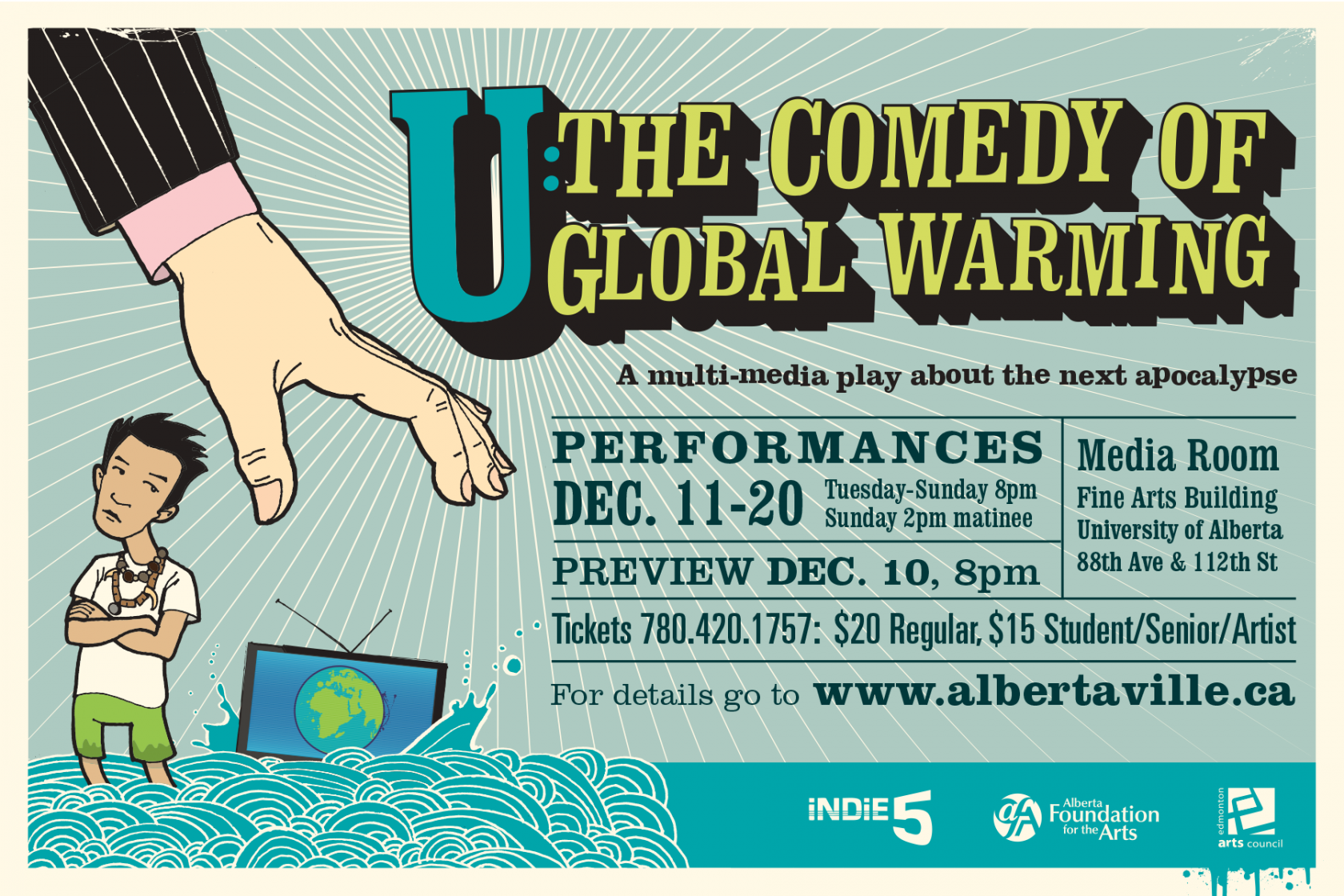 Looking for the lowdown on the abc’s of climate change? The science, the facts, or the general picture? Whether you prefer to read it, watch it or get it off the internet, you might consider starting with some of the sources listed below.

An Inconvenient Truth: The Planetary Emergency of Global Warming and What we can Do about it
Author: Al Gore.
Emmaus, PA: Rodale Press 2006.

The Deniers: the world renowned scientists who stood up against global warming hysteria, political persecution, and fraud and those who are too fearful to do so
Author: Lawrence Solomon.
Minneapolis, Minnesota: Richard Vigilante Books, 2008. (U:)

Mini-review: Read the last chapter of this book first and the reason Energy Probe Executive Director and environmentalist Lawrence Solomon published this expanded anthology of articles from his series for the National Post becomes a bit clearer. That’s where he states, among other things, that he doesn’t necessarily agree with many of the so-called climate change deniers he profiles. He also admits throughout the book that he hasn’t found any reputable scientists who outright deny climate change, just ones who take issue with this or that conclusion in the grand scheme of climate change science and policy. Some of them are mighty pissed off that he’s had the gall to call them deniers in the first place. His summaries of the research of one or two others is populated with enough “ifs” to ellicit a suit from Rudyard Kipling’s estate. A few, particularly his first two or three big guns, sound pretty damning until you realize he’s boosting valid scientific work with a healthy dose of rhetoric to make his case. No, climate change science does not crash to the ground if the hockey stick graph uses faulty statistics (and he admits that the debate about that rages on anyway). Straw men pop up everywhere, he makes extremely liberal use of the term “doomsayers” ensuring that it eventually becomes synonymous with anyone who even suggests that climate change might have negative impacts, and he seldom misses an opportunity to smear the IPCC in passing. Why? All to make what I think is a valid enough point, even if I deplore his approach and shake my head at the people he’s got in bed with to forward his agenda (Terence Corcoran and the Post, Myron Ebbell and the Competitive Enterprise Institute, and do check out the other titles available from Richard Vigilante Books). He’s justly worried we’ll panic and take the nuclear option to reduce carbon emissions. Well OK then. I’m right behind him on that one, if nothing else. In spite of its title, read attentively cover to cover, this book could be a potent inoculation against climate change denial. Read piecemeal, it’s just what the take-no-action camp ordered. Author

Mini-review: The book equivalent of An Inconvenient Truth in that taking it in requires a relatively brief time commitment, but covers a lot of the basic information (and much more) on the topic very well. Maslin a bit too obviously favours the cap and trade approach to CO2 reductions judging by his brusque dismissal of carbon taxes, but I’m quibbling. This pint sized pocket book is an excellent climate change primer.

Mini-review: If you haven’t seen this yet, it’s as good a ninety-minute introduction to climate change as you’ll find anywhere.

Arctic Mission: Washed Away. Dir. Patricio Henriquez. National Film Board of Canada, 2003. (U:)

Dimming the Sun: What does this Climate Conundrum mean for the Future of Earth? Dir: BBC, 2004 (Boston Video, Nova PBS). (U:)

Mini-review: This documentary, made for Britain’s iconoclastic Channel 4, is sometimes put forward by global warming deniers as proof positive of the case against action on climate change. Remind these people that it had to be recut a number of times to excise inaccuracies and, when it was put before the British media regulator, Ofcom, on complaints of misrepresentation and misleading the public, it received a particularly damning ruling, escaping harsher judgement only because the reality of climate change was deemed no longer a matter of debate by the time it was broadcast. Watch it if you like, but before you let it change your mind, give it a thorough fact check on Google (See also: The Great Global Warming Swindle ABC Debates, below).

The Great Global Warming Swindle ABC Debates, accessed on You Tube in 9 parts. (U:)

Mini-review: If you watch the Great Global Warming Swindle, you should also watch this Australian Broadcasting Corporation debate/expose of its misinformation tactics. Only one of many responses to the Swindle, this news special catalogues the films flaws one by one and tells you a few things you should know about the filmmaker as well. Sure, the ABC moderator and some of the scientists on the panel behave a lot like the bully oil lobbyists who posed as “credible” critics of global warming science on North American TV news for years, but in this case, the audacity of director Martin Durkin’s polemic arguably warrants it.

The official website of the Copenhagen Conference on Climate Change.  An excellent-looking resource.

What do governments need to do to keep climate change to a manageable level? Much has been written on the subject and you can find stuff in print and websites galore that will tell you all about that. It’s important to know because in order to address climate change governments – and not just individuals – must take action.

A Discussion Paper on the Potential for Reducing CO2 Emissions in Alberta 1998-2005 (Executive Summary), Alberta Energy, 1990.

Mini-review: A discussion paper put together by Alberta Energy almost twenty years ago when there was some will to address the problem. The Ministry’s research suggests Alberta could have reduced its carbon emissions by 7.3% from 1988 levels by 2005. Sadly, this report was ignored and the Energy Efficiency Branch, which produced it, was shut down.

Energy…Free Trade and the Price We Paid, by Larry Pratt. Edmonton, Alberta: Parkland Institute, 2001. (U:)

Mini-review: Don’t think renewables are viable yet? Here’s cause to think again. A number of our interview subjects made reference to this report demonstrating how Alberta could move from 70 percent coal to 70 percent renewables in twenty years. This would put us well on track with international greenhouse gas reduction targets with respect to electricity generation in the province.

Nothing here just yet. Stay tuned, or send us your suggestions!

It seems like almost every week now that another new book on the petroleum industry turns up in the bookstores. There’s no shortage of reading or viewing material on the web or on video either. Below you’ll find a starting list.

A Thousand Barrels a Second, by Peter Tertzakian. Toronto: McGraw-Hill, 2006. (U:)

Mini-review: A very readable and informative history and analysis of the oil and gas industry. Tertzakian argues that peak oil is upon us and the result will be volatile barrel prices forcing a steady decline in our reliance on oil over the next decades. While he doesn’t appear to be an advocate of strong action to address climate change the future he describes and the perspective he provides are refreshingly hopeful for those concerned about the issue.

Stupid to the Last Drop: How Alberta is Bringing Environmental Armageddon to Canada (and Doesn’t Seem to Care), by Richard Marsden. Toronto: Knopff Canada, 2007. (U:)

Tar Sands: Dirty Oil and the Future of a Continent, by Andrew Nikiforuk. Vancouver: Greystone Books, 2008. (U:)

A DVD containing a presentation Matt Simmons made that cast aspersions on Saudi estimates of their national oil reserves along with four interviews.  The production values are low and the material is often dense and technical but this can still be an interesting and informative watch, particularly when Simmons is explaining peak oil.

Mini-review: Matthew Simmons, who passed away in 2010, was an energy analyst who had some interesting things to say about where the oil & gas industry is headed.  BBC Radio 4 has a small archive of interviews with him.  Or check to see if one of his videos is available at your public library. 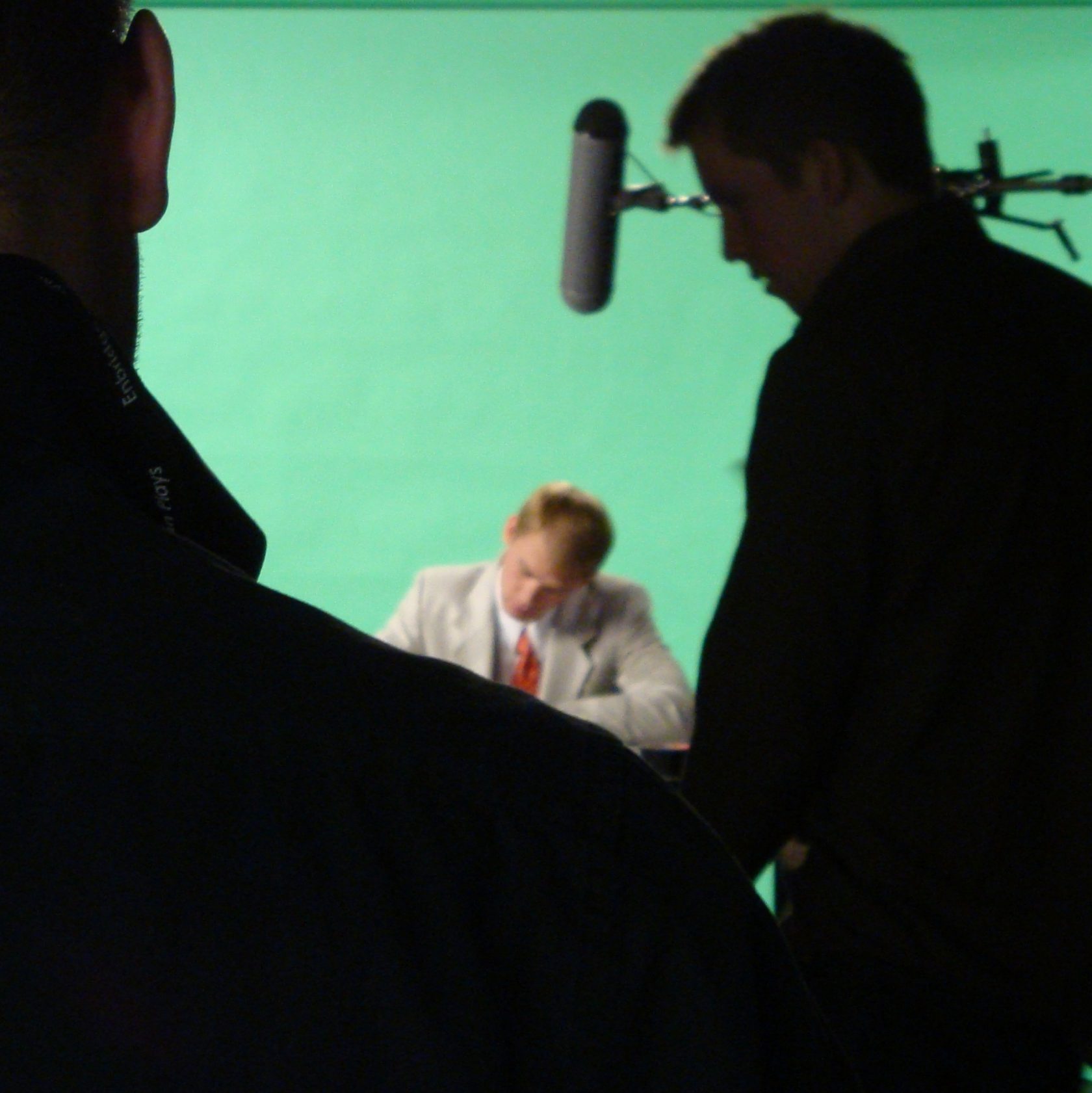